The NKT, Self Hatred and the Two Levels of Truth 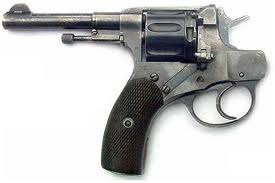 Recently there has been a good deal of talk about how many current and former members of the NKT experience self-hatred.

Despite the jury very definitely not being out with regard to charges of intentional distortion of the teachings on guru devotion, encouraging closed-mindedness, cult- like expansionism and cynical manipulation of the credulous for political ends (to list but a few) I believe the tendency to use the teachings as a rod with which we beat ourselves is not solely a result of NKT membership but is actually a flaw that arises among novice followers of any of the traditions emphasizing understanding the two levels of truth, be they genuine or otherwise.

In short, though it may be quite right to blame the NKT for a multitude of sins, the development of self-hate is not necessarily one for which they are entirely culpable. In this case, rather than blaming others it might be useful to examine our own misinterpretation of the teachings before pointing the finger. 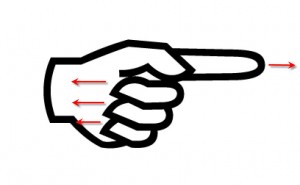 This is not to absolve the organization of all responsibility for instilling this particular delusion. It is nevertheless important to discriminate exactly how much of this self-hatred is born of our own misunderstanding. In this way, we can perhaps begin to address the issue appropriately. Remember, when you point the finger at someone else, three other fingers point right back at you. So check yourself 3 times before you blame someone else!

Emptiness and Relative Reality in Buddhism 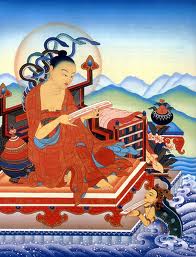 In the Hinayana, selflessness is realized by understanding that there is no independent, permanent and autonomous self anywhere within the five aggregates. These aggregates, which comprise the totality of the person and the world are comprised of mental (feelings, perceptions, karmic formations and consciousness) and physical (form) elements, composed of moments of consciousness and  particles which are themselves absolutes.

These absolutely existent particles and moments of consciousness comprise the elemental basis upon which we project and conceptualize relative reality, including the aggregates, and liberation from samsara is achieved by closing down our perception of these elements and resting in non-conceptual nirvana. In short, the world of appearances is false , impure and 'samsara', and the vacuum which arises when the mind ceases its involvement with this false world of appearances is genuine, 'pure' nirvana. Here, relative truth is that which appears to the mind when it is not analysed, in the post meditative period, and ultimate truth is that which appears to the mind when analysed, during meditation.

Thus, in the Hinayana, the achievement of liberation and genuine happiness equates with a state of non-conceptual detachment from an unreal, conceptualised world of projected appearances and involvement with this false world of mentally fabricated appearances equates with misery, suffering and rebirth. Here, Nirvana is achieved by abandoning samsara, and the experience of liberation is an experience other than cyclic existence or 'samsara'. It is an experience outside of our normal, everyday reality. 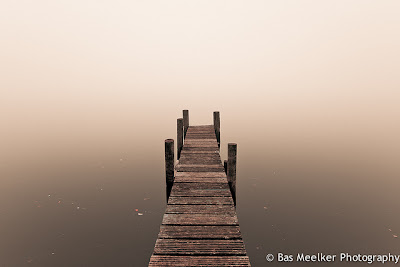 In the Mahayana this dichotomy is transcended. In the Prajnaparamita Hridaya or 'Heart Sutra' for instance, the Hinayana follower Shariputra asks the Mahayana bodhisattva Avalokiteshvara how to actually meditate on the subject here discussed. With Buddha's blessing, Avalokiteshvara's response opens with the following, seminal statement:

The sutra goes on to equate the four remaining non-physical aggregates, aggregates which the Hinayana philosophy equates with samsara, not with samsara but with emptiness, or 'sunyata'.
Why is this different from the Hinayana presentation of the two levels of truth? Because, whereas the Hinayanists equate the self and its world (which are composed of the five aggregates) with impurity and identifies them as objects to be abandoned or transcended, the Mahayana identifies these same basic components of apparently impure, relative reality as being equivalent to pure, ultimate truth. In other words, whereas in the Hinayana, the pure exists in opposition to the impure, in the Mahayana, ultimate truth, 'purity' or nirvana lies within the seemingly 'impure' world of samsara and relative truth.

While most of us who have studied even a little Mahayana philosophy 'know' this, the question has to be asked 'How much of our philosophical understanding permeates our daily life?' More importantly, experientially, in dealing with our mundane thought processes, how many of us think we are applying this understanding to the way we deal with delusions while,in reality we are still stuck in a typically Hinayana way of thinking? 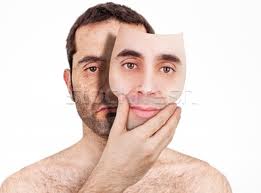 I can only really speak for myself here ( I could easily be the last unenlightened being stuck on this tiny floating rock, after all) but, in dealing with my own experience at the day to day level, despite professing supposed Mahayana leanings, I repeatedly find myself thinking of 'me' as an impure being, one who thinks deluded, 'impure' thoughts, about a world filled with impurities. These thoughts, which are 'bad', are to be abandoned (delusion, after all, is 'the enemy') and the 'I' that thinks them is false and believing in it is the cause of all my suffering. In short, everything that makes up me and my experience of the relative world at the level of daily experience is felt to be false, wrong, incorrect and deluded, and, I am continuously driven by a sense that if I want to get anywhere ( or nowhere perhaps?) and transcend suffering I have to escape all this falsity and leave the world behind.

In this imaginary world of mine, the Dharma has very clearly become a rod with which I beat myself, and provides a handy tick list against which I can check my behaviour. And what I find when I check it is that I am a truly deluded being, filled with nasty old desire, ignorance, hatred, pride and envy (AKA normal human emotions), a being totally lacking in compassion, patience, renunciation etc, etc, etc.

It doesnt take a genius to work out that 'practising Dharma' like this is totally incorrect and has nothing to do with how Mahayana Buddhists should be approaching the Path. This way of seeing is a total distortion of the Buddha's intent and is one which actually increases and solidifies ego clinging, albeit one that appears to be spiritual. 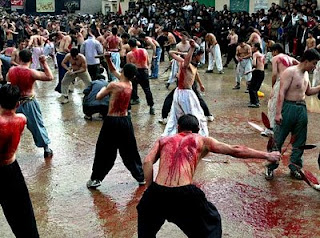 Dualistic internal battles of this kind have more to do with some archaic Bible punching version of Catholic guilt than with Buddhism and it should be clear that anyone who is thinking like this should STOP NOW, before they hurt themselves any more! In short, if youre practising like this, despite how justified you might think you are, you are increasing rather than decreasing egotism, and this is the very opposite of the Buddha's intent. SO DONT DO IT!


The Remedy-Diagnosis is the First Step

The answer to the question of how to deal with this issue depends on your teacher's approach and the tradition he or she follows so, if you want to know how to move beyond this rather juvenile approach to practice then ask them. But in the short term, just watch out to see if this is what you are doing. Remember, the first step to overcoming an illness is knowing youve got it. 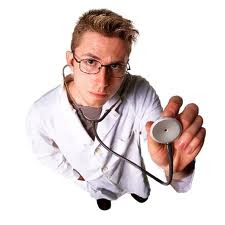